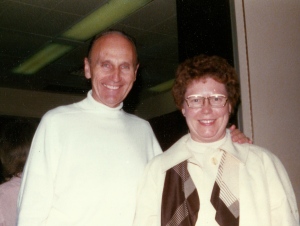 About thirty years ago, after spending a day touring the sights in San Francisco, I sat down at my Aunt Jeanne Marie’s dining room table while she busied herself in the kitchen.

The table was clear except for a small very thick photo album I’d never seen before. I slid it in front of me and opened it to the first page. There sitting neatly in its plastic sleeve was a picture of my mother. On the next page was a picture of my brother Jim, his wife, and their three kids. Page after page, a new family appeared, including mine. We were all there, including Uncle Eugene’s sister and her families.

Aunt Jeanne Marie came in from the kitchen and sat across from me.

“Oh you found my prayer book. I find it so much easier to pray for someone if I have a picture of them in front of me.

I smiled as I turned the last page to a formal picture of then President Ronald Reagan.

“Oh, you know the bible says we’re to pray for our leaders, so I pray for him too.”

Now I’d like to say I went straight home and made me a prayer book of my family’s photos. And that each day I took it out and prayed diligently over each member. But I didn’t. At that time, my prayer life consisted more of desperate pleas for God to remove me from my latest trial.

But lately, I can’t stop thinking about that little photo album. And the idea that for most of my life, well probably all of it, Aunt Jeanne Marie has prayed for me. 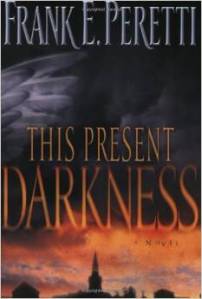 Frank Peretti’s compelling novel, This Present Darkness, tells of a demon invasion of a small American town. And whom do those demons fear? The tiny “remnant” of saints whose greatest weapon is prayer. And the one they fear the most is an old lady named Edith. When she begins to pray for that town, the demons recoil in fear.

The bible says we struggle not with flesh and blood, but with powers of this dark world, and spiritual forces in heavenly realms. Perhaps Frank Peretti’s story is truer than we’d like to think. And if it is, we need more remnants in constant prayer for our families and our towns. 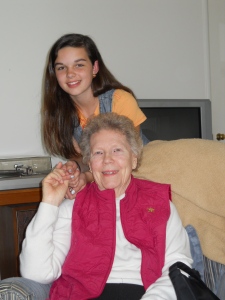 Aunt Jeanne Marie is in her late 80’s. And I’m convinced when she begins her prayers, evil forces in heavenly realms have to withdraw. And the weakening of her physical body does not deter the strength of her spirit. And daily she goes to war for the souls of the ones she loves.

As I contemplate the future of my family, I realize my generation needs to pick up that baton. We need to prepare to do battle in spiritual places. To build remnants who understand the scope of the fight. To prepare to walk through the valley of the shadow of death and fear no evil. Are you in?

My nose was deep in a freezer at Publix when I heard a small voice behind me say,

I closed the door and looked over at a tiny little girl about three, attempting to maneuver a loaded shopping cart around me. Her long blond hair was pulled back, and she was dressed in the most adorable white linen top and pink shorts. She instantly reminded of Kay Thompson’s character Eloise. 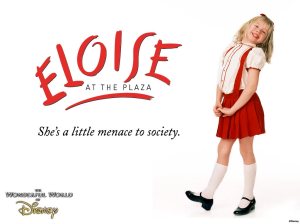 Immediately a man walked over and scolded her, “Lexi, that’s rude. You don’t talk to people like that.”

I couldn’t help myself, I laughed a little too out loud.

Several minutes later, a woman came down the aisle dragging Lexi by the hand.

“Excuse me ma’am,” she said. “Lexi has something to say to you. Lexi you apologize to this lady right now.”

But Lexi stood there as determined as when she tried getting past me. The woman again coaxed her to apologize but Lexi would not budge.

I said I understood. But what I really wanted to do was lean down to Lexi, look her in the eye and say,

“Oh they’ll call you bossy, or that other dreaded “B” word. But don’t you let that get in your way.

“You see, I get it. That in your three-year-old world, you were on a mission. And nothing, not even this ole gal, was going to hold you back. And that’s a good trait to have. Cause too often in this messed up world, people don’t appreciate passion. They’ll want you to just follow the crowd. To not make any waves.

“But this world needs more girls like you. Fearless, motivated, and determined to get the job done. Girls who aren’t afraid to be strong, and yet feminine. Girls who understand that women have a kind of strength that’s nothing like a man’s.

“So keep at it Lexi. Keep running out in front of the crowd. And don’t let anyone hold you back.

In 1972, when we were dating, Tim had a startling encounter with Jesus. It happened when he ran into a man he had wronged. Expecting a punch, the man instead reached for Tim’s hand and said, “I forgive you, I love you, and I want to tell you about something.” 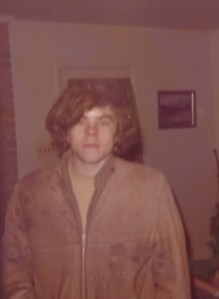 For the next several months, Paul and his wife Ann shared with us their stories of faith. And Tim quickly accepted Christ, and then encouraged me to do the same.

Now I’d like to say, Tim changed and radically pursued God. That he led those around him in bible studies and church attendance. But he didn’t. For the next 35 or so years, save a big crisis, Tim’s faith stayed in the shadows.

On top of that, he famously bent the rules. All without a shred of shame.

Many times, as I struggled with my own faith, I questioned his. “Do you ever think faith is a big hoax?” I’d ask. “Do you ever doubt there is a God?”

His answer was always an emphatic, “No!” God was real, and that was all there was to it. But that faith didn’t motivate Tim to change the way he lived.

But when Tim got cancer, his faith kicked in. Although a drive across town, sent pain ripping through his body, he refused to miss a Sunday church service. Nausea that would keep the average person in bed, couldn’t keep him away from our small group meetings.

His greatest source of peace came from the bible. When the pain became unbearable, he’d beg me to read it to him. When I could no longer stay up, he’d put on earphones and listen to an audio version all night long. 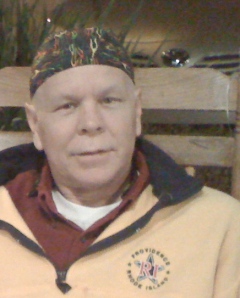 A peace came over him in spite of his diagnosis. It drew people to him and it inspired everyone around him, including me.

So this past Sunday when our pastor preached on the life of Solomon, it reminded me of Tim.

Because, really, King David never deserved that son. After all, he’d turned His back on God. And in that turning, he committed adultery and murder. And I get it that the consequence was the loss of one son. But then God gave the adulterer and the adulteress another. And the bible says right there in 2 Samuel, that they named him Solomon, and the Lord loved him.

In Tim, I saw first hand that kind of grace. A grace that never keeps score. That never says, “Sorry, you haven’t given enough.” That gives the full portion for no reason other than we’ve acknowledged the giver.

I think all our life, God waits for us to acknowledge Him. And His patience is epic. And His love for us is beyond measure.

If you don’t know Him, will you turn around? I promise, if you seek Him, He will be found. And He will change your life for eternity. Don’t wait. Do it today.