Oh my, another Christian leader has fallen into sin. Doug Phillips of Vision Forum admitted to an inappropriate relationship with a woman not his wife. Many tongues are wagging, especially since Doug was a champion of some very fundamental traditional values.
With the sin in my own life and the sins of my family, I’m the last who can judge.  Doug posted a lengthy apology on his website. He declared his wife and kids forgive him.  He’s going to retreat a bit and rebuild his life.
Sounds good. But those of us who are champion sinners know it’s never that easy. The wounds of betrayal run deep. I know, I’ve been the betrayer and the betrayed.
It’s easy for me to ignore my own indiscretions. To judge other’s who struggle with a sin that doesn’t trip me up. And if I’m honest, the better “behaved” I think I am, the more I think God is pleased with me.

But, the older I get, the more I realize the hardest person to live with is myself. And any cheap shot that will help burn off the edge of all those sins I’ve committed, gets easier and easier to take.

What if I could really grasp the truth that none of it matters. That it all comes down to the cross. That nothing I do can change my position with God. How would that revelation affect how I respond to men like Doug Phillips. Or any other Christian who has fallen from grace.
Maybe what Christ gave us on the cross was the freedom to not have to judge even ourselves. Maybe I don’t need a lengthy set of requirements fulfilled before I believe in the sincerity of others people’s repentance. 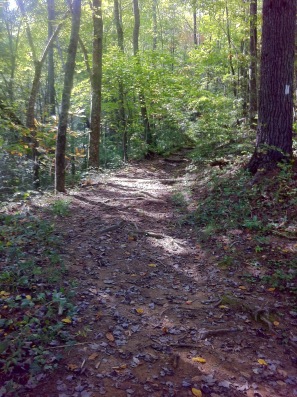 Or like in Michael Cheshire’s great article Going to Hell with Ted Haggard, maybe “We are called to leave the 99 to go after the one.” Maybe, “We are supposed to be numbered with the outcasts. After all, we are the ones that believe in resurrection.”
For in the story of the great shepherd, the lost sheep was, at one time, inside the fold. He just got sidetrack along the way. All he needed was the Good Shepherd to come find him and bring him back.
Often, I too get sidetracked. And when I do, the thing I need most, is for my Savior to came after me and lead me home. I don’t need my sin analyzed. Or my level of repentance evaluated. I just need the other sheep to welcome me back.