It wasn’t our finest moment. But truth be told, we had quite a few like it.

I could go into all the details. How Tim always wanted to build his own house. How it had to be on some land out in the country. How I let him talk me, and our preteen kids, into helping him do it. But that’s a story for another time.

But we did pursue his dream. And toward the end, we had a challenging piece of sheetrock that needed to be hung. Only it was on the ceiling, three stories up, over an open stairwell, at an angle, against a large support beam.

For days, I’d seen Tim’s mind struggle to figure out how the four of us could balance on his hand made scaffold. How the kids and I could hold a 12-foot, 40lb board, while he screwed it into place.

But we gave it our best shot. Tim lectured us on his strategy. The four of us teetered on six-inch boards, high above the basement floor. With creative positioning, we finally got it in place. But when Tim let go to put in the first screw, our strength gave way, and the sheetrock slid down the beam.

We regrouped and tried again. But the same thing happened. Not once, not twice, but three, four, or maybe five times. Tim’s frustration grew. About the sixth time I yelled, “I quit!”

Grateful we’d driven separate cars; I stormed out of the house and stirred up gravel as I tore down the driveway.

The kids later told me how Tim picked up that piece of sheetrock and hurled it into the wall of brick that made up our fireplace. Then he followed my footsteps, leaving our kids stranded out in the middle of nowhere.

But, you know we both came back. And we did figure out a simple plan. Tim taught Daniel, who was the smallest, to use the screw gun. Then with Tim’s strength, we held the board in place while Daniel attached it to the beam.

If you’d been there, you’d have thought we were nuts. And we probably were. Cause Tim and I were horrible at problem solving. In fact, for 38 years we did just about everything wrong you can do in a marriage.

But if you ask our children today what they saw, they will both tell you, “A love story.”

Cause sometimes passion has an ugly side. And sometimes we bring a lot of junk into a marriage. And when that junk mixes with our passion, explosions take place.

But before you call it a day, or you think you’re saving your kids from the ugly, think again. Cause sometimes, love just doesn’t make any sense.

We lived in that house for 18 years. And the whole time there was a white swatch of sheetrock embedded deep into the brick.

Now I don’t advocate letting our passions run amuck. But I also don’t advocate using them as an excuse to call it quits. Problem solving can take many paths. But the clear path should always be the one that keeps the family working together. 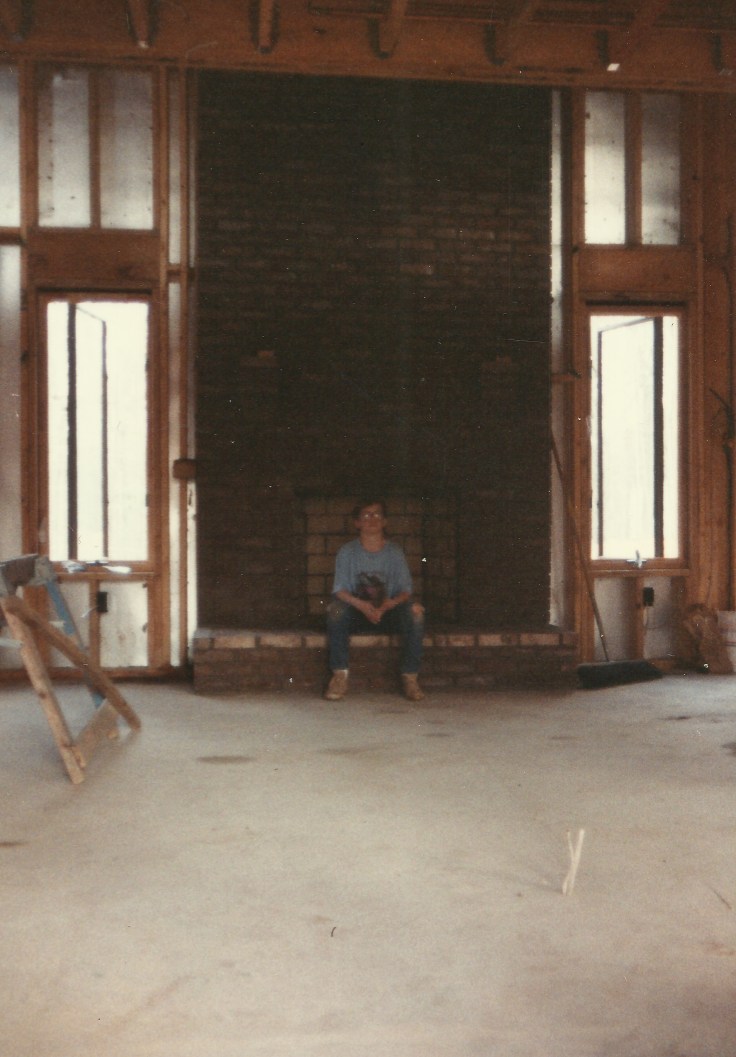